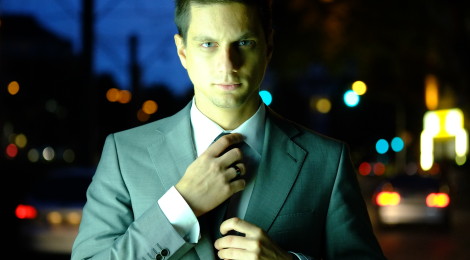 Vladislav Radak was born in 1987 in Belgrade, Serbia. His first works were published when he was ten by his elementary school magazine, and he finished his first novel called The Blue Notebook when he was 15. The novel was published two years later in 2005, and was shortly thereafter nominated for the major domestic book prizes.

He co-hosted more than 70 episodes of „Stepeniste” (The Staircase), a weekly TV show aimed at youth, covering science, arts and social studies.

His second novel, The Night of Dead Dreams, was released in 2009 and become an instant bestseller, reaching the top ten lists in the first week after release.

His short movies “Imagine” and “The Blue Lorry” were awarded at a dozen international film festivals, including the Hamptons International Film Festival in New York, where he received the Golden Starfish Award for the Best Young Video Filmmaker in 2007.

He studied mathematics at the University in Belgrade where he majored in Game Theory, Information Theory and Quantitative Analysis. In 2011 he wrote textbook Formula of Life with his University professor. In 2015 his third novel, The Book, was published by Dobar Naslov, reaching the top ten list in the first week.